Most research projects have been performed for the Dutch Government (Rijkswaterstaat) or in European cooperative research. The most recent EU-projects are given below.

Crossing seas may be present when sea and swell waves come from different directions. The effect of crossing seas on wave overtopping over a smooth 1:3 slope was investigated in the HYDRALAB+ project CrossOver. Tests were performed in Deltares' large Delta basin, a basin that has two multi-directional wave generators. Overtopping was measured in six boxes. Analysis is ongoing. A paper and presentation (paper (1.2 MB), presentation (92 MB)) on the distribution of overtopping wave volumes in crossing seas is available, also describing the set-up of the tests. 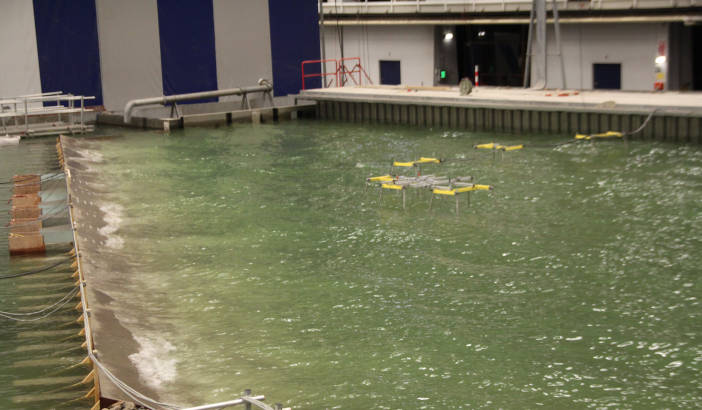 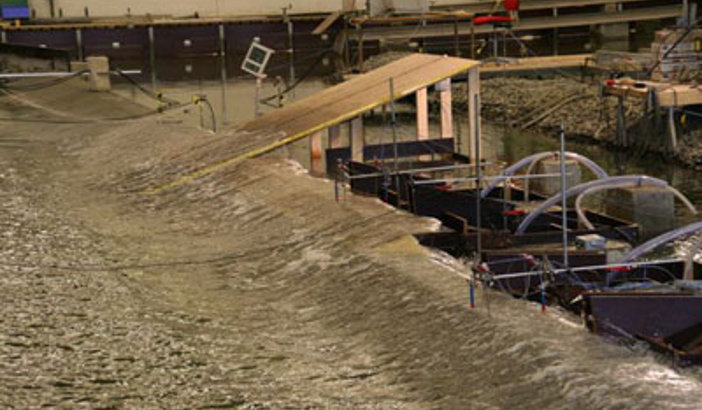 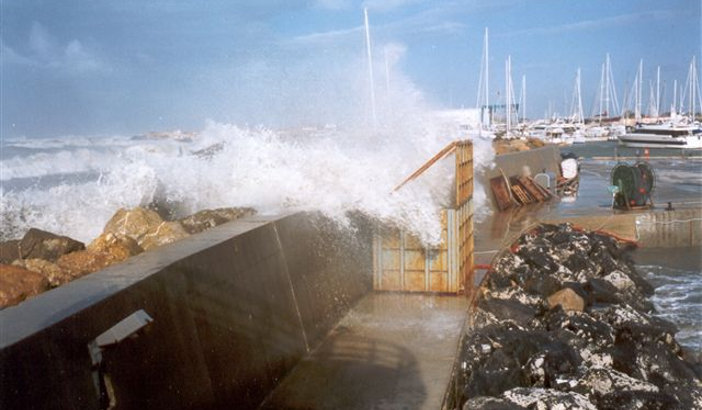 In DELOS engineers, biologists and economists met each other. The project dealt with environment friendly design of low-crested structures. The final result of the project were guidelines for design. Van der Meer developed in cooperation with the universities of Rome and Bologna new design formulae for wave transmission over low-crested structures.