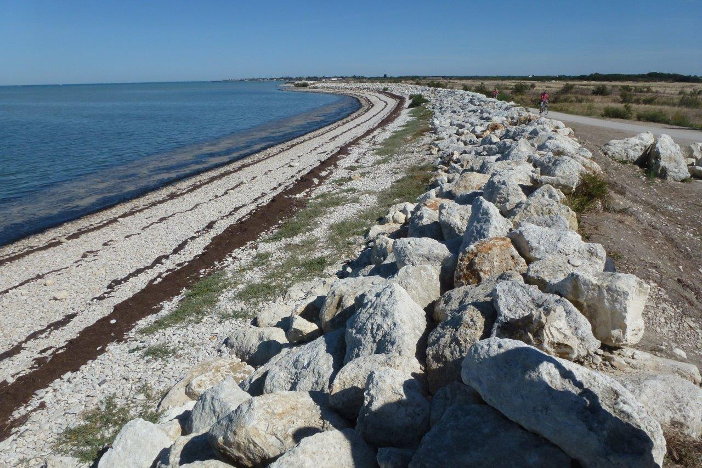 Dikes, levees and embankments are designed and constructed to withstand extreme storms or hurricanes (coasts) or extreme river discharges. But how strong are they really? When do they fail? What are effects of future sea level rise and more extreme events on safety? A keynote paper on present and future strategies of coastal flooding was given at the FloodRisk Conference, Oxford. Van der Meer was involved in the following projects.

Flood risk at Ile de Ré, France
Cynthia, a severe storm on the Atlantic Ocean, hit the south west coast of France in 2010 causing floods along the coast and at Ile de Ré. In total more than 50 people were killed by the flood. Van der Meer was asked by the Communauté de communes of Ile de Ré to assist in assessment and improvement of flood defences and to develop a flood map including the strength of these and future flood defences. The work was performed in cooperation with Casagec Ingénierie.

Van der Meer designed in 2000 a hurricane protection around a refinery at the US Gulf coasts. As one of the only levee systems this protection withstood hurricane Katrina in August 2005 and kept the refinery running! Abstract and presentation on damages during Katrina are available. Van der Meer was involved in the levee damage assessment and a further study on the optimum protection level for hurricane surges. 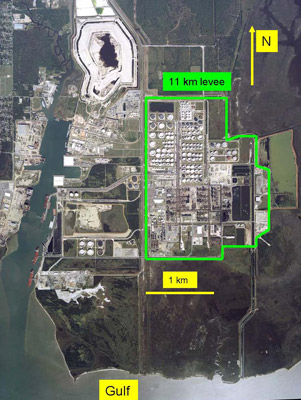 The Haute Gironde was flooded in 2000 by a short but extreme storm on the Atlantic ocean. A flood risk assessment, including assessment of flood prone areas and damage and a cost benefit analysis, showed that future sea level rise will have a serious impact on flooding risk. Mitigation measures have been proposed. A paper on results is available for download.